Ball management will be our biggest challenge when cricket resumes: Umpire Nitin Menon 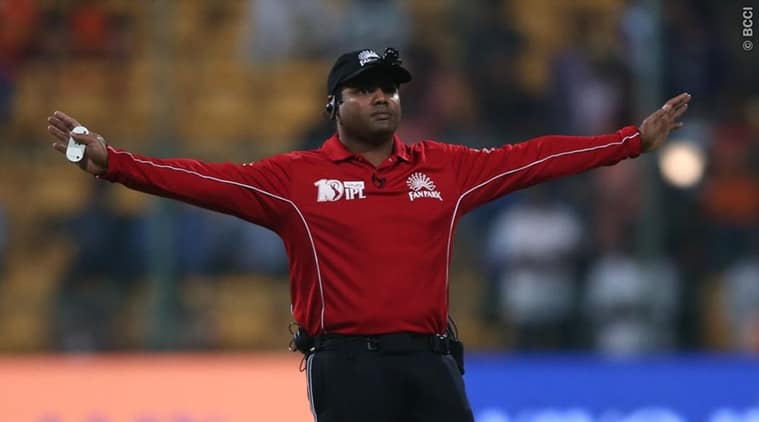 The ICC recently also decided that only local umpires will be used due to the travel restrictions imposed in the wake of the coronavirus outbreak. (FILE)

Nitin Menon, the youngest member in the ICC elite panel of umpires, considers the Ashes series as the ultimate challenge but he says the biggest challenge in prevailing circumstances is to ensure that the players, knowingly or unknowingly, don’t apply saliva on the ball.
Menon, 36, quit his playing career when he was 22 and shifted to his family profession of umpiring.

The “practical” move culminated in Menon making his international debut three years ago and his entry into the 12-member panel on Monday is the icing on the cake.

Having become part of the elite club in unprecedented times of COVID-19, Menon doesn’t know what his next assignment will be but is fully aware that enforcing ICC’s latest guidelines will be a big challenge.

“The main challenge will be of ball management, more so in Tests. Initially, we will give friendly warning to the players before applying the law, like we do it when someone is running dangerously on the pitch.

“The players are most likely to apply saliva by mistake than deliberately. So, we will act accordingly. More details on playing conditions will come after the series in England (starting next month), then we will know more on how to go about recent changes made in the game,” said the Indore-based umpire. 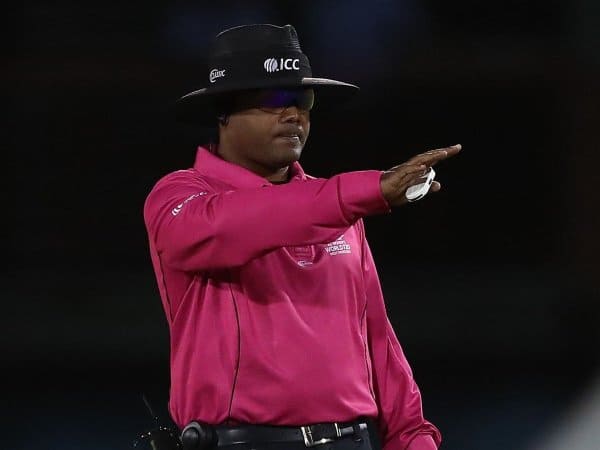 When things are back to normal, Menon hopes to be part of the iconic Ashes between England and Australia.

“My dream series will be Ashes without a doubt. That is the only series I watch on TV. The atmosphere, the way the series is fought is something I want be involve in. Whether in England or Australia I would love to be part of it. And, umpiring in the World Cup, be it T20 or ODI.”

The ICC recently also decided that only local umpires will be used due to the travel restrictions imposed in the wake of the coronavirus outbreak.

The way the visiting team, West Indies, quarantined itself in England for two weeks before getting down to training, umpires will be required to do the same. Menon thinks that could take a mental toll on the umpires.

“Mentally, it will be challenging, because we will have to quarantine ourselves. I am told the umpires for the England-West Indies are in their hotel for the last 10 days.

“So, staying indoors for that long will be a challenge because normally we get to go out and relax after a long day in the field. We will be away from family also,” he said.

Besides ensuring that players don’t use saliva, umpires will have to monitor that they adhere to social distancing and that their hands are sanitised regularly after they come in contact with the ball.

Umpires, who too will need to follow the guidelines on social distancing, no longer have to take care of players’ personal items on the field.
“Wearing gloves could be an individual choice for umpires but we have decided that we will keep santisers in our pockets. After the fall of a wicket and drinks break, we have to hold the ball, so just to be safe.

“And by chance if a players put saliva on the ball, we will have to immediately sanitise it. That will be the job of the fourth umpire. He will come to the middle with wipes and sanitise the ball. But we need to follow that protocol only if we see the saliva being applied only then.”
The drastic changes made in the game could also impact over-rate but Menon said it is too early to judge that.

“We are waiting for the feedback of the umpires who will officiate in the England’s home series against West Indies and Pakistan. Whatever protocols the ICC sets, we will follow that.”

Menon has already officiated in 43 international matches including three Tests. Though, he will be doing the games in India in the short-term, Menon said he will feel less pressure.

“If you are a home umpire, there is additional pressure to get the decisions right. Now I am in the elite panel, that pressure will not be there. Obviously, being in the elite panel has its own challenges and you have to keep performing to remain there after the annual review.”
India have not been able to produce world-class umpires regularly but Menon sees the situation getting better.

“There is a culture shift happening in Indian umpiring. The umpires that are coming up in domestic cricket are in their early 40s. It is a flourishing profession and great platform for someone like me who wanted to play for the country but can can still represent it as an umpire.

“If we can develop our mentality that it is not just about umpiring in the elite panel, it is about match management, communication skills and body language, you will see more of us there. We are almost there.

“And players will test us for sure but if you feel the decision that you have taken is right, then you have to stand up to the players. They will respect that even if you are a Virat Kohli or Steve Smith,” concluded Menon.