‘Don’t shout back that all lives matter’: Michael Holding’s hard-hitting message on racism 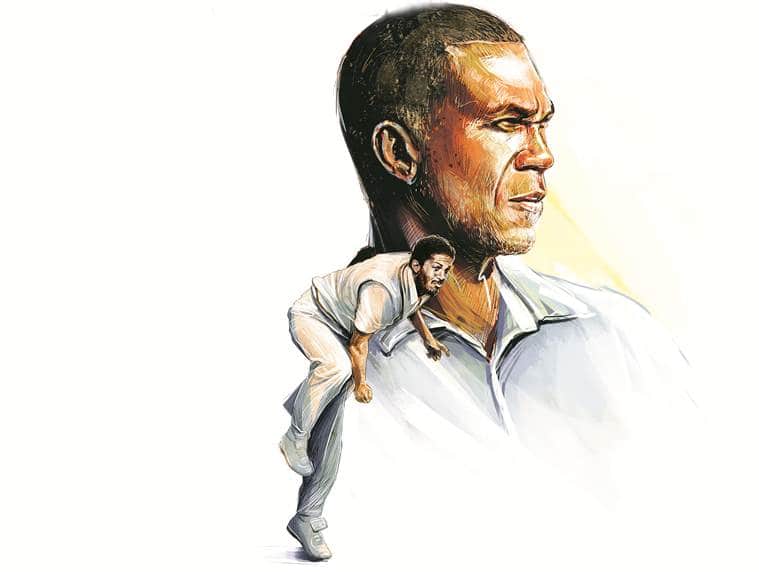 In the video that was broadcast by Sky Sports while cricket fans around the world waited for the match to begin after the delayed toss due to rain, Holding and former English women’s cricketer Ebony Rainford-Brent reflected on the much prevalent racism in the society.

“Everybody has heard about this lady in a park in America who was asked by a black man to put her dog on a leash, which is the law,” said the former West Indies paceman. “She threatened this black man with her whiteness, saying that she was going to call the police and tell them there was a black man threatening her.

A white woman calling the cops on an African man because he asked her to leash her dog in Central Park as required by the Rules of Central Park. #WhatTypeOfSingleAreYou pic.twitter.com/5TsDNlKkJk

“If the society in which she was living did not empower her or get her to think that she had that power of being white and being able to call the police on a black man, she would not have done it. It was an automatic reaction because of the society in which she lives. If you don’t educate people they will keep growing up in that sort of society and you will not get meaningful change.”

Holding believes that the large number of white people to have taken part in protests to support the Black Lives Matter movement can help bring about change – and has urged people to fully understand what the movement stands for. “At protests years ago, even when Martin Luther King was marching, you would have predominantly black faces and a few white faces. This time a lot of white people are involved in these protests and that is the difference,” said Holding.

“What they saw [happen to George Floyd] was disgusting and people thought to themselves ‘enough is enough’. Everyone is recognising it, coming alive and seeing the difference in treatment of people. We are all human beings so I hope that people recognise that the Black Lives Matter movement is not trying to get black people above white people or above anyone else. It is all about equality.

“Until we educate the entire human race, this thing will not stop.”

Rainford-Brent, director of women’s cricket at Surrey said, “I think we have to be honest and we are starting to have those conversations now. Unless people in power connect with and understand and feel what it is like to be on the side of limited power, to not get access to opportunities, to know you are significantly less likely to be hired and significantly more likely to be stopped and searched, to be oppressed, we won’t progress.

“It can’t be a ‘black person’s problem’, it has got to be everyone’s problem. We have got to want a society that is representative and supports people from different backgrounds. That’s what it is for me. We need honest conversations, opportunities and people in positions of power. And then we can change the landscape.”

Reflecting on George Floyd’s death that started the Black Lives movement, she said, “I can still remember the moment I heard about George Floyd. I was lying in bed, turned my phone on and it was the first thing that came up on my [Instagram] story, a short version of the video.

“I clicked on it and clicked off as the first words you heard were ‘I can’t breathe’. I watched the whole thing, over eight minutes, and burst into tears,” she said. “The pain I felt – it was like a valve popped because we know for how long these inequalities, these injustices have taken place, not just in the US, it happens here. I felt like I was torn apart. I never swear on my Instagram but I wrote the words ‘is anyone else f*****g fed up watching black people get murdered?’

“I want to see accelerated change in all areas of society.” @ejrainfordbrent discusses racism in sport and looks at what cricket can do to increase diversity in the game. 🏏 pic.twitter.com/s21701vOxD

“You can’t not see it and it was frustrating that people are not seeing what is going on. I felt broken, it was two weeks of anger, of pain, of speaking to lots of different people who were fed up and frustrated with the state of our world and being gaslighted and told those issues don’t exist. They do exist,” she said.

“I knew I had to get involved, I went to three protests. It is a virus that has been part of our society for well over 400 years and is continuing to push this oppression. I think it is one of the most empowering experiences to be around a diverse community, everybody supporting and knowing that we need to uncover this, this needs to be dealt with.

“We cannot have it being acceptable that people are being killed day in, day out by the people who are meant to be protecting you,” she added.