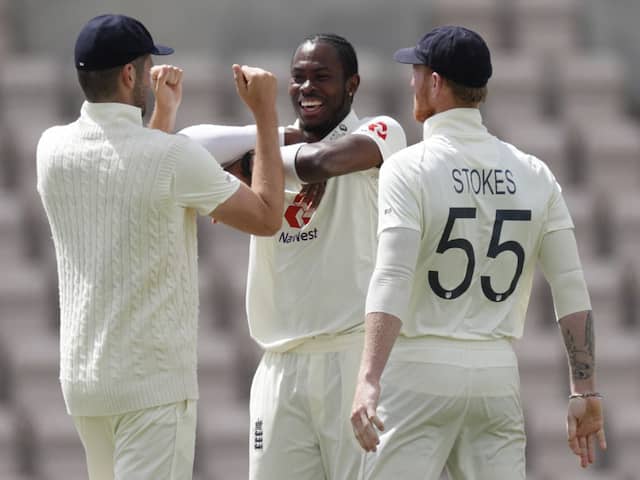 
Shannon Gabriel picked up a five-wicket haul on the fifth day of the first Test in Southampton on Sunday to help the West Indies bowl out England for 313 runs in their second innings. Gabriel removed Mark Wood and Jofra Archer after England added 29 runs to their overnight score. The West Indies will require 200 runs to go 1-0 up in the three-match Test series. Apart from Gabriel, Roston Chase and Alzarri Joseph picked up two wickets apiece while Jason Holder got the big wicket of Ben Stokes on Day 4. For England, Zack Crawley was the top run-getter in the second innings with a knock of 76 while Dom Sibley also scored a hard-fought fifty. (LIVE SCORECARD)