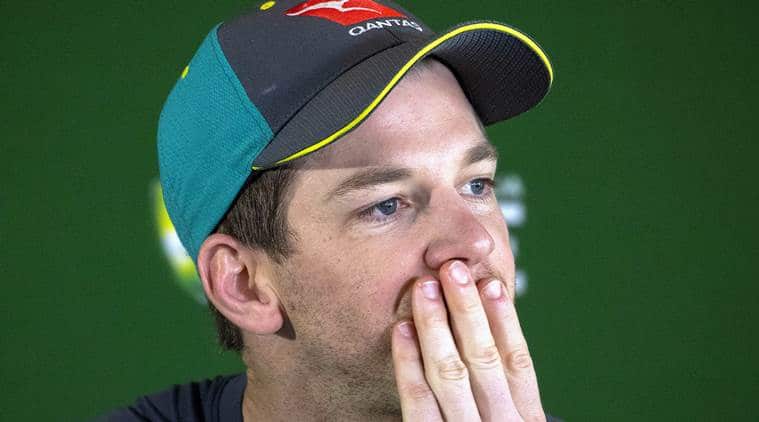 Australia Test captain Tim Paine has revealed that a career-threatening injury in 2010 tormented him so much that he “hated” cricket and spent his days “crying on crouch” before a sports psychologist helped him come out of the “painful” episode.

Paine, who took over the Test captaincy from Steve Smith after the infamous ball tampering incident in 2018, suffered an injury in a charity match in 2010, when a delivery from Dirk Nannes broke his right index finger.

The injury required Paine to undergo seven surgeries, involving eight pins, a metal plate and a piece of hip bone and took away two cricket seasons from him.

“When I started training and playing again I wasn’t too bad, until I started to face guys who bowled a bit quicker. And they’d be running in and instead of thinking about hitting the ball, I was thinking: ‘Geez I hope he doesn’t hit me on the finger’,” Paine said on the ‘Bounce Back’ podcast.

“From there it was just a downward spiral. I lost absolutely all confidence. I didn’t tell anyone about it. The truth is, one, I was scared of getting hit and two, I just didn’t know what I was going to do,” he added.

The 35-year-old said his struggles affected his personal life as well.

“I didn’t sleep, I didn’t eat. I was so nervous before games, I’d have no energy. I was horrible to live with. I was pretty ordinary to my partner, who is now my wife. I was always angry and took out that I wasn’t doing well on other people.

“I was embarrassed at what I had become. I love training for cricket, and I love watching cricket. But when it came to my part in the game I just hated it. I would rather be anywhere else in the world because I was convinced I was going to fail,” Paine said.

“No one knew I was struggling, not my mates, not my partner. There were times when she was at work and I’d sit on the couch crying. It was weird and it was painful.”

He said a critical point for him was when he approached a sports psychologist at Cricket Tasmania.

“I sat with her for maybe only 20 minutes that first time and I remember walking out of that room and instantly feeling better, that I had let someone in.

“And, in the end, the first step to dealing with it was admitting that I needed help. It still took six (more) months, but I remember walking out of that room and feeling instantly better.”

The mental health of elite cricketers came into the spotlight after star Australian batsman Glenn Maxwell took a break to deal with his unspecified problems followed by young batsman Nic Maddinson.

In England, there have been players like Steve Harmison, Marcus Trescothick and Graeme Fowler, who have dealt with depression.

Paine said he shared his experience with the younger players in the side, opening up a space for discussions on mental health issues.

“I wish I had sought help earlier. I was taught to just get on with it. But I now try and share with younger players that you need people to talk too and share.

“The stigma of not talking and men being big and brave and tough, we’ve been able to spin it a bit and say, it’s actually braver to speak up; it’s braver to share things,” he added.

Paine was selected in the Test team for the 2017-18 Ashes series, but admitted he struggled with negative thoughts before embracing the sport he loves.