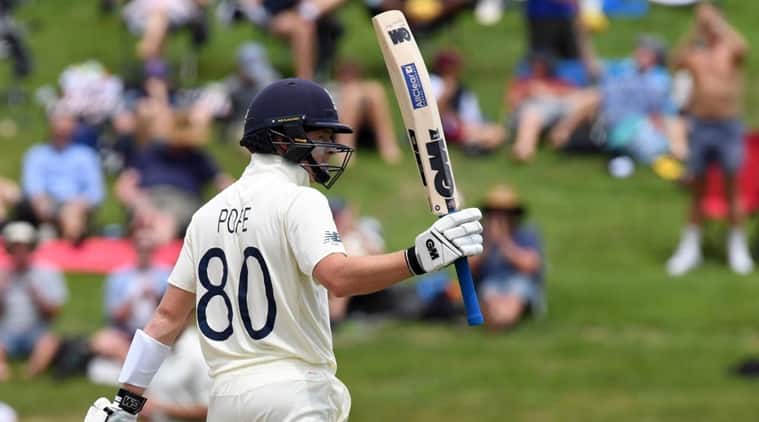 Ollie Pope a ‘real find’ for England, can succeed in all formats: Andrew Strauss Former skipper Andrew Strauss feels Ollie Pope has been a “real find” for England and he has the capability of succeeding in all formats of the game.

After failing to breach the 15-run mark in the first two Tests against the West Indies, Pope alongside Jos Buttler rescued England from a precarious 122-4 at tea to close the opening day of the series decider on 258-4.

The 22-year-old is coming off a superb series in South Africa earlier this year, where he notched up two half-centuries and a career-best 135 not out at Port Elizabeth.

On Friday, he stitched a 136-run unbeaten partnership with Buttler (56 not out) by scoring a splendid 91.

“If you look at his first-class record, he’s averaging 57 and he’s proved that he can do it in Test cricket with that great innings he played in South Africa,” Strauss told ‘Sky Sports’.

“Today was more of the same. He’s a guy who can score quickly without you really noticing it. He played some really eye-catching shots as well and he looks equally comfortable against seam and spin, so no obvious weaknesses there. He’s a real find for England, I think,” Strauss added.

Pope, who made his Test debut against India in 2018, is yet to play white-ball cricket for England and Strauss feels although the youngster will fare well in the limited overs format, he should focus on Test cricket for the time being.

“He’s got the game to play in ODIs, in various different positions. We know he can play all those funky ramp shots and whatever. But for the time being I’d quite like him just doing his time in the Test team, not getting funky with his technique which is perfect,” Strauss said.

“He can really establish himself in that England environment. It’s a different thing when you feel comfortable, when you know you are good enough to be in that environment and you get to know the players well.

“When you get to that stage, that’s when you start getting some really consistent, high-quality performances,” he added.