‘Pakistan thrashed India so much that they asked for forgiveness’: Shahid Afridi 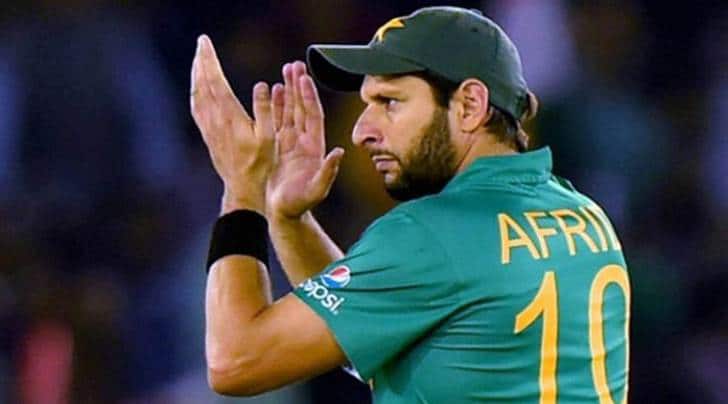 Former Pakistan skipper Shahid Afridi said that he used to enjoy playing against India, claiming that their domination over their arch-rivals was such that Indian cricketers would seek forgiveness from them at the end of the match.

Speaking on Cric Casst show on YouTube, Afridi said, “I have always enjoyed India. Unhe to theek-thaak mara hai humne. Itna mara hai unhe ki match ke baad maafiyan mangi hai unhone. (We’ve thrashed them a lot. I believe we’ve beaten them so much that they used to ask us for forgiveness after the match).

“I have enjoyed a lot playing against India and Australia, you have more pressure. They are good teams, big teams. Going and performing in their conditions is the big thing,” he added.

Thankful for the love he got from Indian fans, Afridi said, “My most memorable inning was the 141 against India, that too in India. I was not going on that trip; they were not taking me. Wasim bhai and the chief selector that time supported me a lot. It was a very difficult tour and that inning was very important.”

“I have always stood by this (2016 statement in which he said he got the maximum love and support from Indian fans). When I believe in something I said then I apologise later. Allah has given me a big heart and I can apologise whenever I have said anything wrong,” said Afridi, who has scored 1524 runs in 67 ODIs and 709 runs from eights Tests against India.

“The circumstances were difficult back in 2016 when I went to India for the T20 World Cup. We weren’t certain whether we will be allowed to go to India or not. Not only did I go there as Pakistan captain but also as my country’s ambassador so I had to deal with situations accordingly.

“What I said about the crowd support in India back then, that statement was only for well-educated and intelligent people,” Afridi said.