Why does India have a cream called Fair & Lovely, asks Daren Sammy 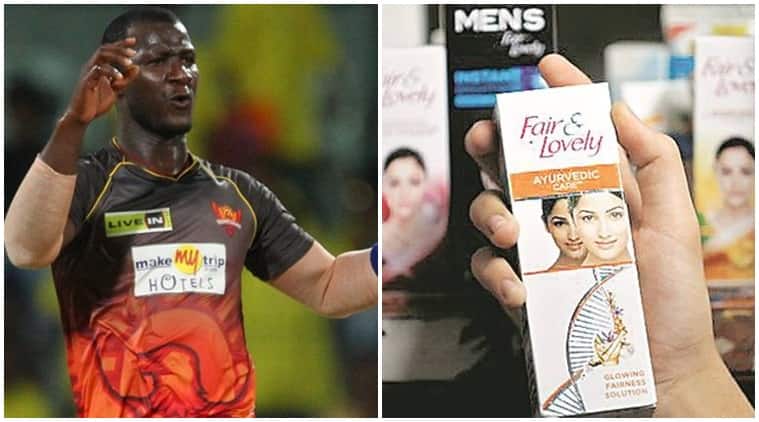 Daren Sammy has been vocal against the issue of racism. (Source: File Photo)

Former West Indies captain Daren Sammy has been quite vocal against the issue of racism and discrimination of people on the basis of the colour of their skin of late.

Questioning why India has a cream with the name of ‘Fair & Lovely’ despite being a country of diverse cultures, the 36-year-old on Tuesday said that it clearly hints at colourism.

“Your ad, Fair & Lovely says lovely people are the fairer people. That’s what it stands for, it hints at colourism,” Sammy was quoted as saying by Outlook in an interview.

In the wake of George Floyd’s death and the subsequent rage over atrocities on marginalised people, especially among people of colour, Unilever decided to rebrand ‘Fair & Lovely’ by dropping all references to colourism.

Sammy once again, in another chat with TedEx Hyderabad, spoke about the importance of education and said, “It is a broad topic. Obviously the killing of George Floyd in USA has started a movement for equality and against racial injustice, systemic racism. People are having difficult conversations from which they would shy away from.”

“In all this, I learned things and words that could be deemed as degrading because of one’s skin colour. So I am using my platform to raise issues.”

“When you talk of racism, colourism like what I spoke about in 2013-14 when I was playing, it’s about education. Educating the public that certain words that could be offensive should not be used,” said the former Sunrisers Hyderabad player, who recently accused his teammates of using racial remarks.

“I spoke about one of the biggest campaigns that is going on in India about the product Fair & Lovely, where you indirectly say to people you are lovely when you are fairer.”

“I have got feedback that it is a part of the culture but just because it is the culture it is not right. People need to appreciate everyone and a lot of education has to go into that.”