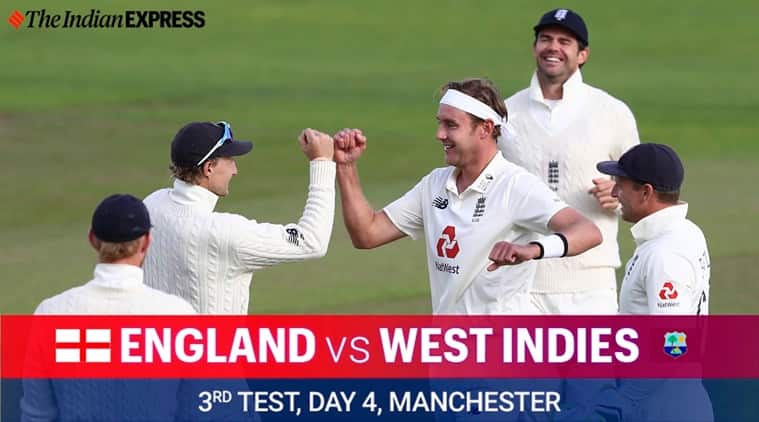 Broad, who had taken four wickets in the tourists’ first innings in the morning, continued by removing opener John Campbell without scoring and then nightwatchman Kemar Roach (4) after the West Indies were put in for the last six overs of the day. England had declared on 226 for two in their second innings as Rory Burns scored 90, Joe Root a quickfire 68 and Dom Sibley 56. They accelerated the run rate in Sunday’s evening session, seeking to build a large lead but still leave themselves enough time to bowl the West Indies out again and win the test.